The Nurses On Boards Coalition (NOBC) is deeply grateful and proud of nurses all across the country for their dedication, service and sacrifice during the COVID-19 pandemic. We honor all nurses, medical professionals, staff and volunteers serving on the frontlines and those supporting them behind the scenes in their local communities. NOBC is committed and available to support our members, partners, nurses and community members. Please contact us at nobc@nursesonboardscoalition.org if we can help you in any way. Especially now, we thank you for your interest, support and engagement in support of our mission. We hope you and those you hold close are protected, safe and healthy in the coming days.

Nurses on Boards Coalition (NOBC) represents national and state efforts by nurses and others working to build healthier communities. Our mission is to improve the health of communities through the service of nurses on boards and other bodies. NOBC is committed to increasing nurses’ presence and influence on corporate, health-related, and other boards, panels, and commissions. Now that the Coalition’s initial key strategy to ensure that at least 10,000 board seats are filled by nurses has been achieved, NOBC can now leverage this collective accomplishment to measure the impact of nurses on boards and raise broader awareness that all boards would benefit from the unique perspective of nurses to achieve the goals of improved health and efficient and effective health care systems at the local, state, and national levels.

The Nurses on Boards Coalition first convened in 2014, and later that year publicly announced its partnership and goal to help ensure that at least 10,000 board seats are filled by nurses in 2020. NOBC was created in response to the landmark 2010 Institute of Medicine (IOM) report, The Future of Nursing: Leading Change, Advancing Health, which recommended increasing the number of nurse leaders in pivotal decision-making roles on boards and commissions that work to improve the health of everyone in America. The Campaign for Action, an initiative of AARP Foundation, AARP, and the Robert Wood Johnson Foundation initially brought the groups together as part of their collaborative effort to implement the recommendations of the IOM report through the Future of Nursing: Campaign for Action.

Nurses represent the largest segment of the healthcare workforce, are considered the most trustworthy of all professions1 and play a huge role on the frontlines of care in our schools, hospitals, community health centers, long-term care facilities, and other places. Their perspective and influence must be felt more at decision-making tables.
The Coalition’s guiding principle is that building healthier communities in America requires the involvement of more nurses on corporate, health-related, and other boards, panels, and commissions. 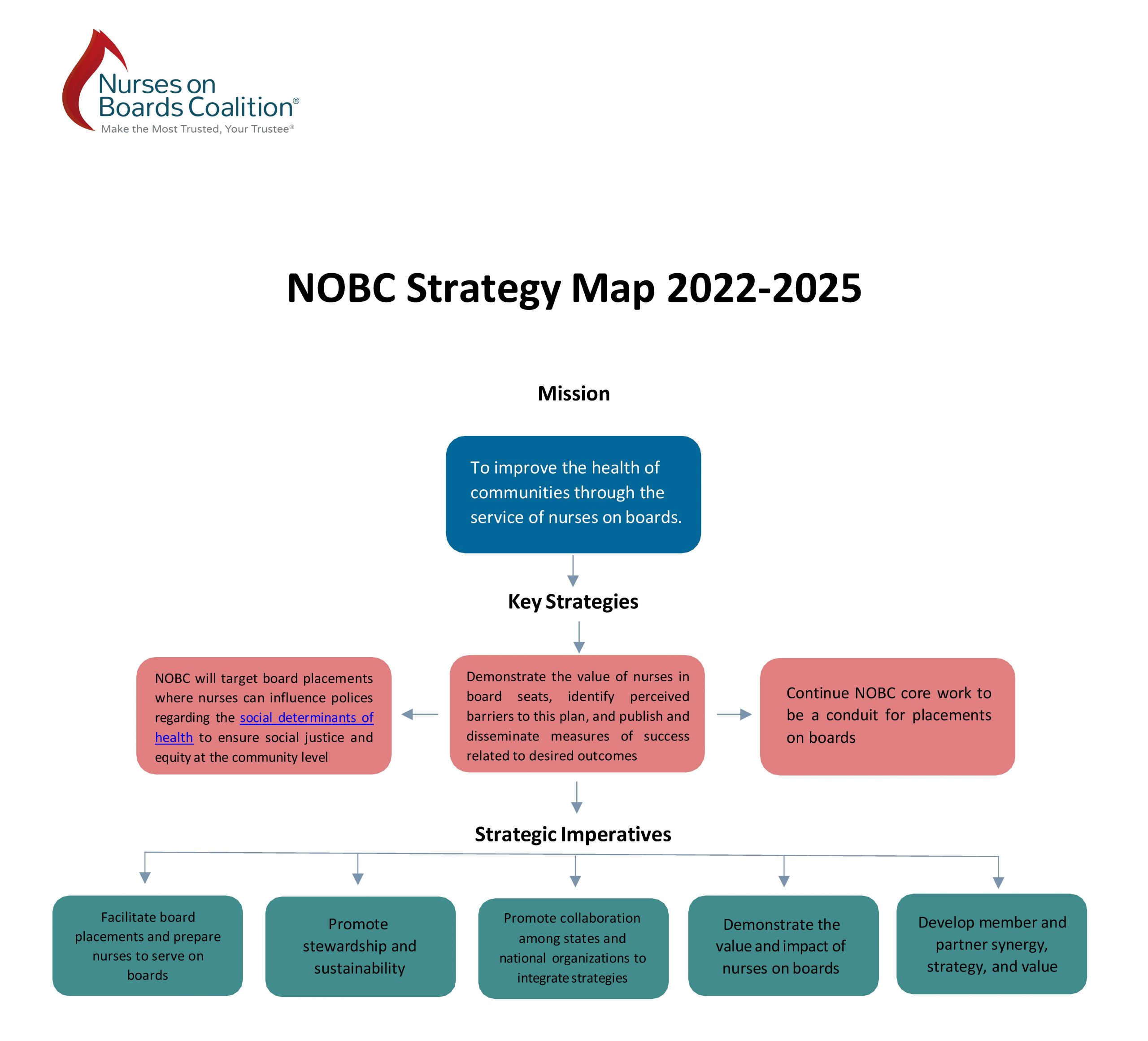 A detailed Infographic outlines our achievements through December 31, 2021.

Do You Serve On a Board?

YES! Be Counted
NO, But I want to Serve

“Board service can be rewarding to nurses both personally and professionally. It not only requires them to exercise leadership; it expands those skills and advances their capabilities and knowledge. It gives nurses the chance to meet people and enhance their professional networks. And it can be inspirational and empowering.”
-Sue Hassmiller, PhD, RN, FAAN, Robert Wood Johnson Foundation